In 1892, on the 400th anniversary of Columbus’ voyage of discovery, Columbian School was named in his honor and built on pasture land in the midst of dairy farms on the corner of Grove Street and Springdale Avenue. Construction in 1902 expanded the building to its present size. 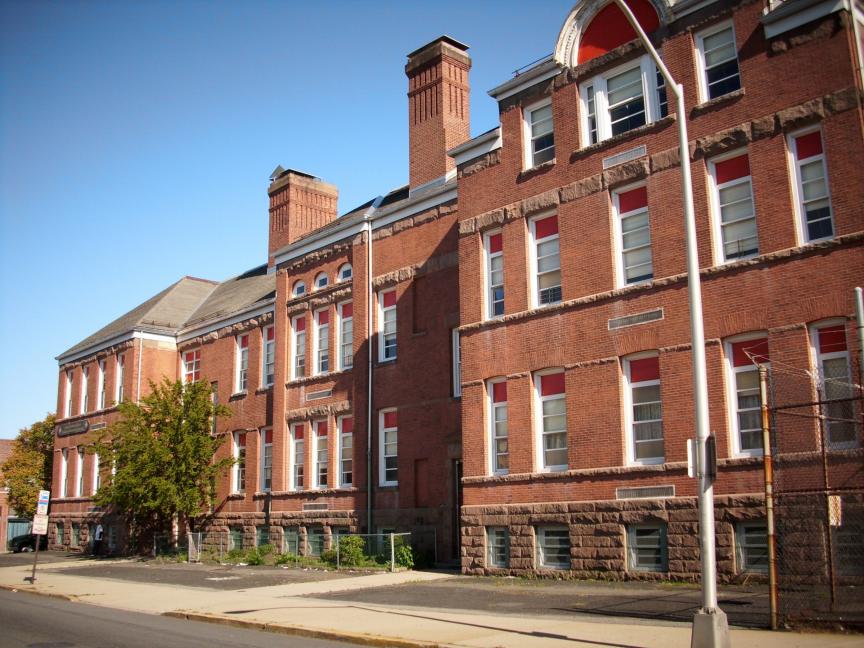 George Washington Carver (formerly Columbian) School photographed in 2008. It has changed very little since the 1920's. 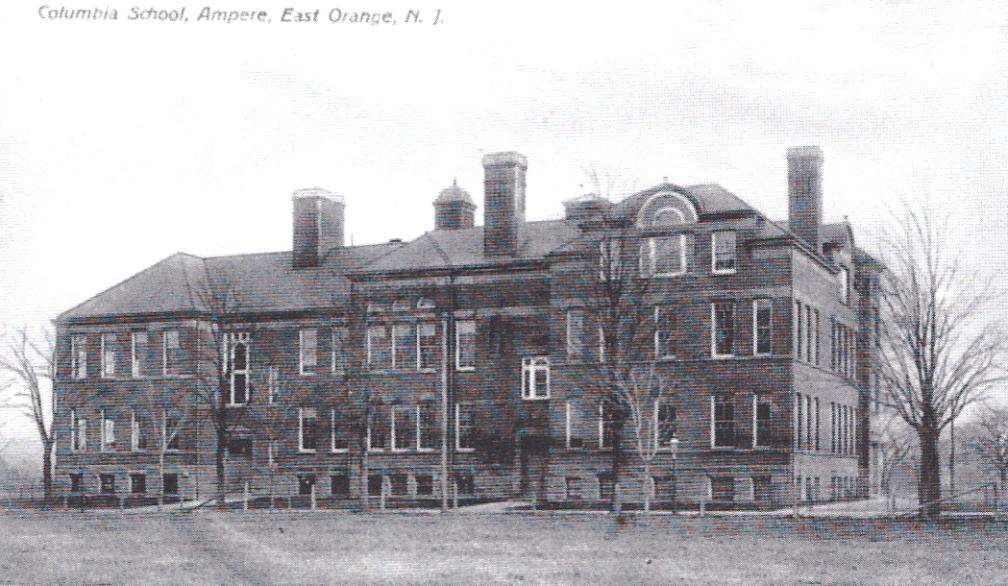 Postcard Photo of Columbian, taken prior to 1913 when the below-mentioned addition was built.

Excerpt from The History of the Oranges to 1921, Volume III, by David Lawrence Pierson:

Columbian School was renamed George Washington Carver Institute at the turn of this current century. The school has been vacant since 2006 when all the students were moved to Glenwood Campus after the original Carver building was found to have a severe mold problem.

On 2/1/14 it was announced that state funds would be received to reconstruct Carver Elementary School.

On 11/19/15, this notice was posted on the East Orange School District Facebook Page: 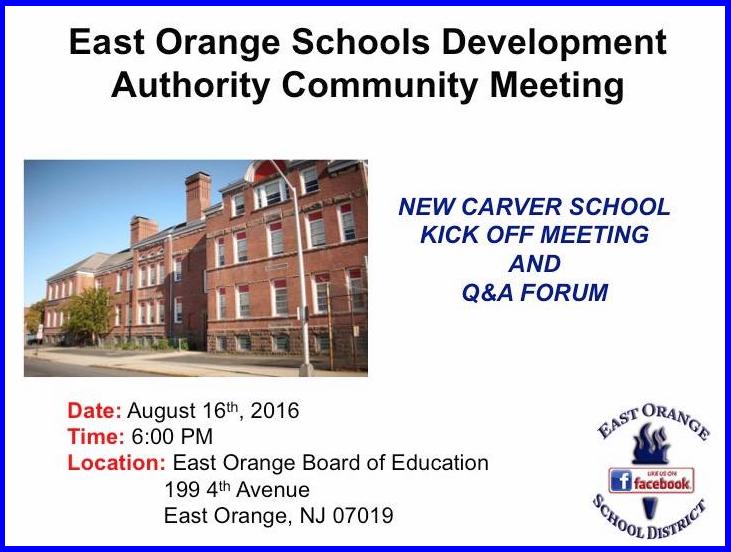 Notice that the East Orange School District felt free to use my 2008 photograph without crediting it, instead of taking a photo of their own! 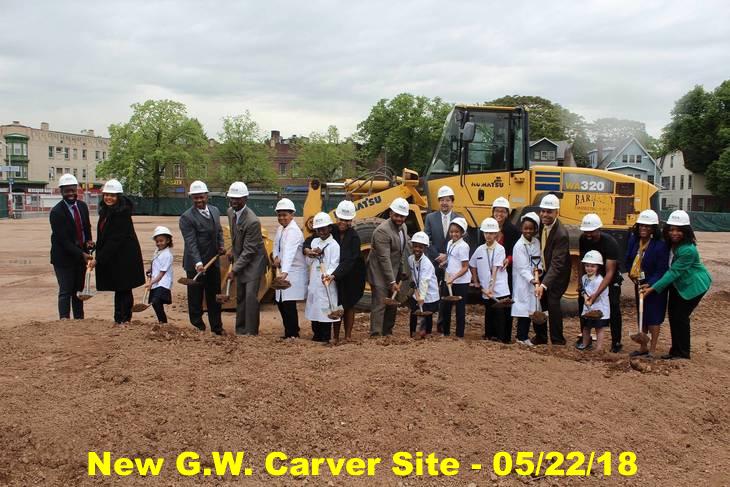 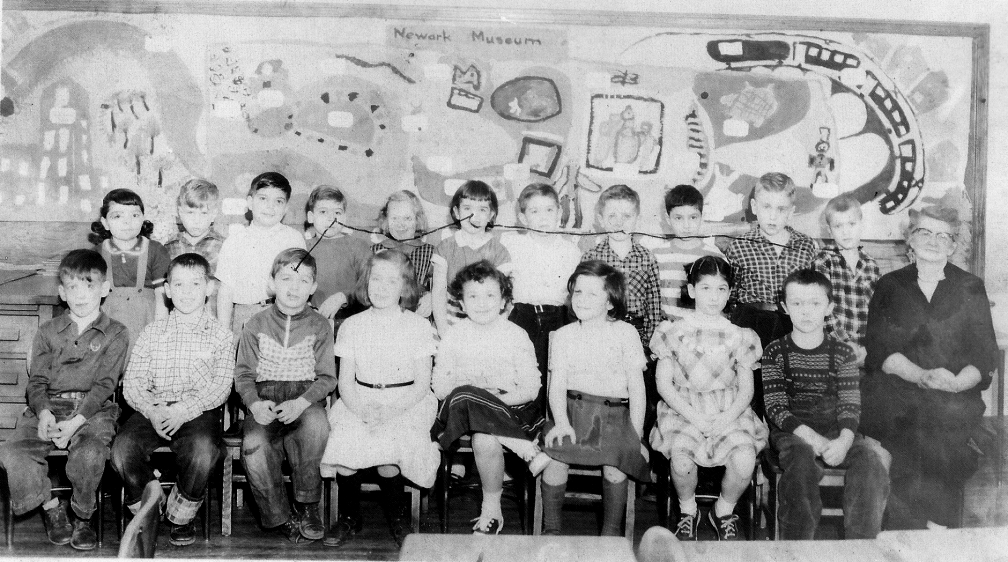 The above 1955 photo was sent to us by Mr. Gregory R. Le Cerff, currently of Hamilton, NJ. Amazingly (to me) he has remembered the name of each student shown, with one exception.

In the background is a picture of the class' trip to the Newark Museum. 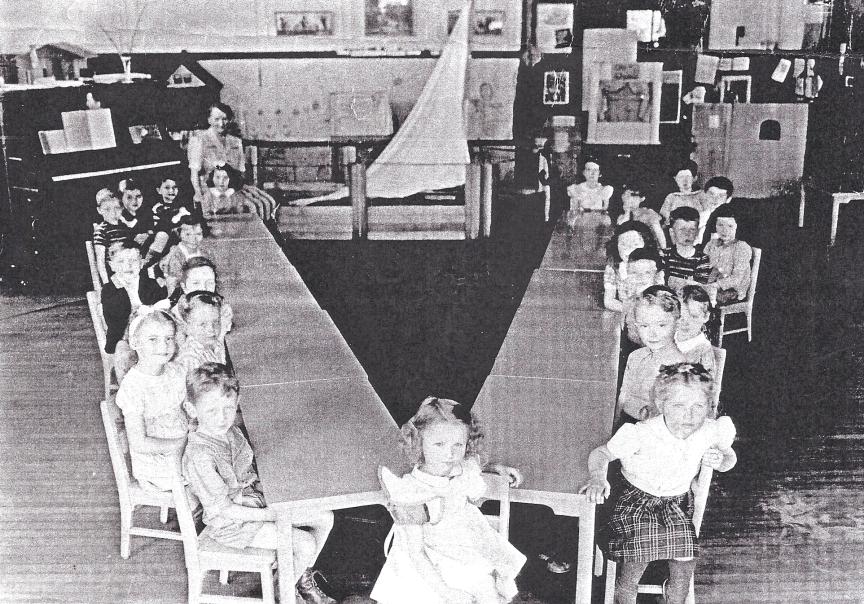 The above photo, sent in by Barbara Bogue McAulay 10/25/14, who attended Columbian Elementary School from 1941 to 1944, was taken just after the bombing of Pearl Harbor and the United States' entry into World War II. The desks were arranged as a letter "V" for Victory and this was called a "Victory Photo" by the School Projects Photo Company of Orange, NJ, who apparently made a project of assisting the war effort by taking and selling these photos. Young Barbara Bogue, as she was called then, can be seen on the top far left between the two boys in striped shirts. The girl at the bottom right was her friend Barbara Mather. If anyone can identify any of the others, please let me know.

We welcome any additional old photos of the school or vicinity. E-mail Jim Gerrish at [email protected]

Back to Interactive Timeline History of East Orange